How It All Began

In 1978, Phyllida Mould was praying and fasting to discern the Lord’s will. She was given a vision that would eventually become Ffald y Brenin:

“A backwater where people may come for a short time to rest and recuperate from the turmoil and stress of life. Where they may find beauty, love and peace. Where they may be still in God’s presence, and perhaps receive a new glimpse of Him – to go away refreshed and healed.”

The task was enormous and the details vague, but she wrote it down and continued pursuing the Lord. The prospect of building such a place filled her with joy. But it would take six more years of prayer, research, and setbacks before God’s promise came to pass.

In June 1984, Phyllida and her husband, Peter, first laid their eyes on the property that would become Ffald y Brenin. As they looked around, they were filled with a sense of conviction that this was the right place – she described it not as a “tremendous feeling of excitement,” but a “calm assurance of peace.”

Phyllida saw the potential. The disused farm outbuildings made of Preseli Blue Stone could be made into accommodations. The nature and breathtaking views served as an ideal backdrop for retreat. But the property was called Sychbant – dry hollow – an unfitting name for what the place would become. So as they purchased the land and began their work, they changed the name to Ffald y Brenin – ‘sheepfold of the king’ in Welsh – and Psalm 23 became their guiding text.

A missionary friend shared a prophecy over the place, speaking these words:

“But first this place must become a house of prayer, for through prayer and faith My will can be fulfilled.”

From its very origins, rest and prayer have since been at the heart of Ffald y Brenin.

"Ffald y Brenin is an oasis in the world; a place of rest, refreshment and restoration; a trysting place between God and man.”

God continues to bless that original vision. Each year we receive over 15,000 visitors. Some stay overnight at the centre and others simply visit us for the day, taking part in our rhythm of daily prayer and exploring the beauty of God’s creation. (While we’re currently closed to day visitors due to COVID restrictions, we trust that our overnight guests will continue to be refreshed by the quiet beauty of this place.)

In the last few years, thousands have joined us for our monthly Prayer Day or one of our conferences. Our guests describe Ffald y Brenin as a “well of refreshment,” a “place of encounter,” and a “peaceful place of rest where blessing abounds.”

Ultimately we know that God’s presence isn’t about a ‘sacred place’ as much as it is about the posture of our hearts, our willingness to listen, and His generous kindness toward us. Time and time again, God proves Himself faithful to his original promise – that He is the Good Shepherd who protects us and pursues us. 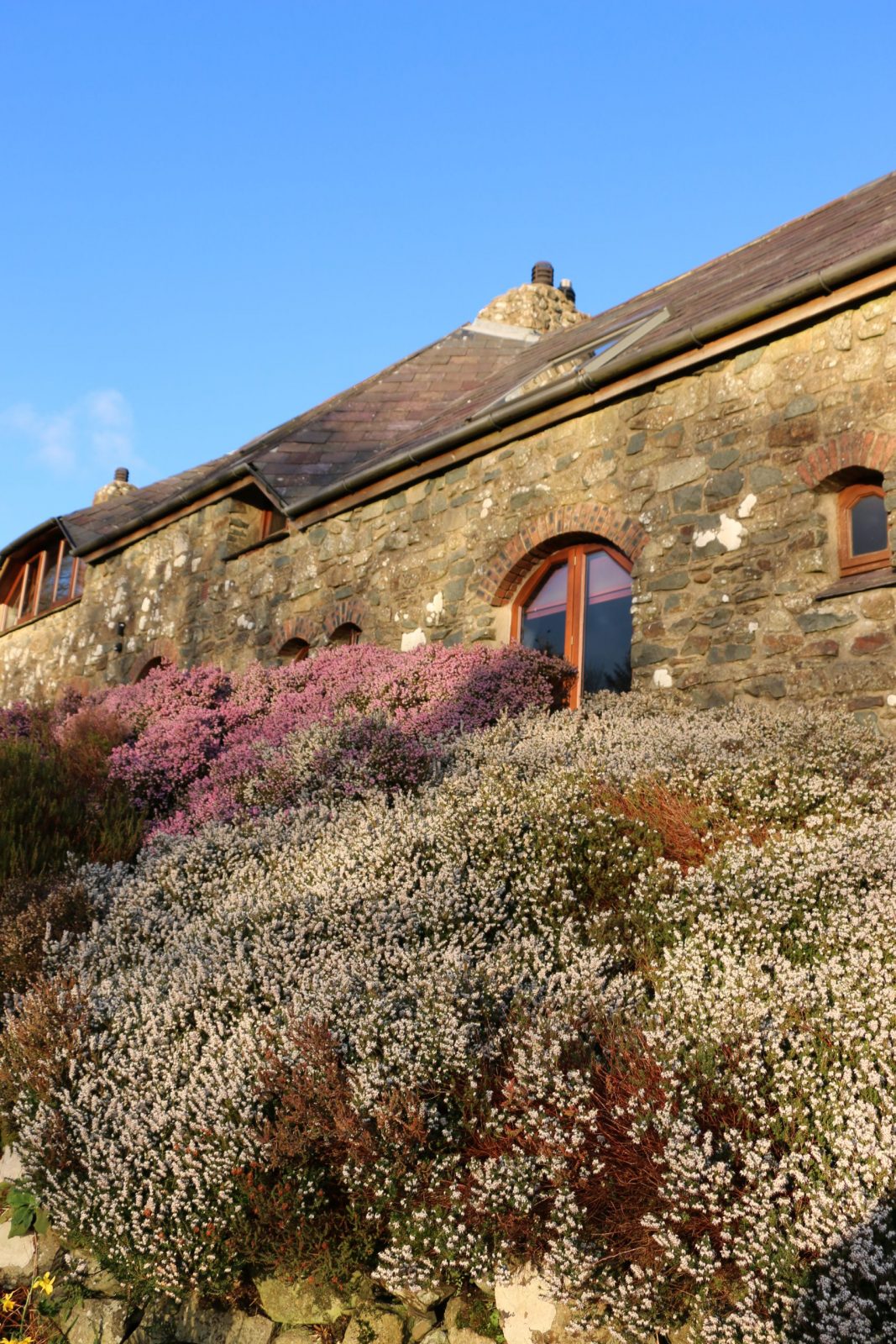 We seek to steward God’s creation,

and encourage and resource people to pray. 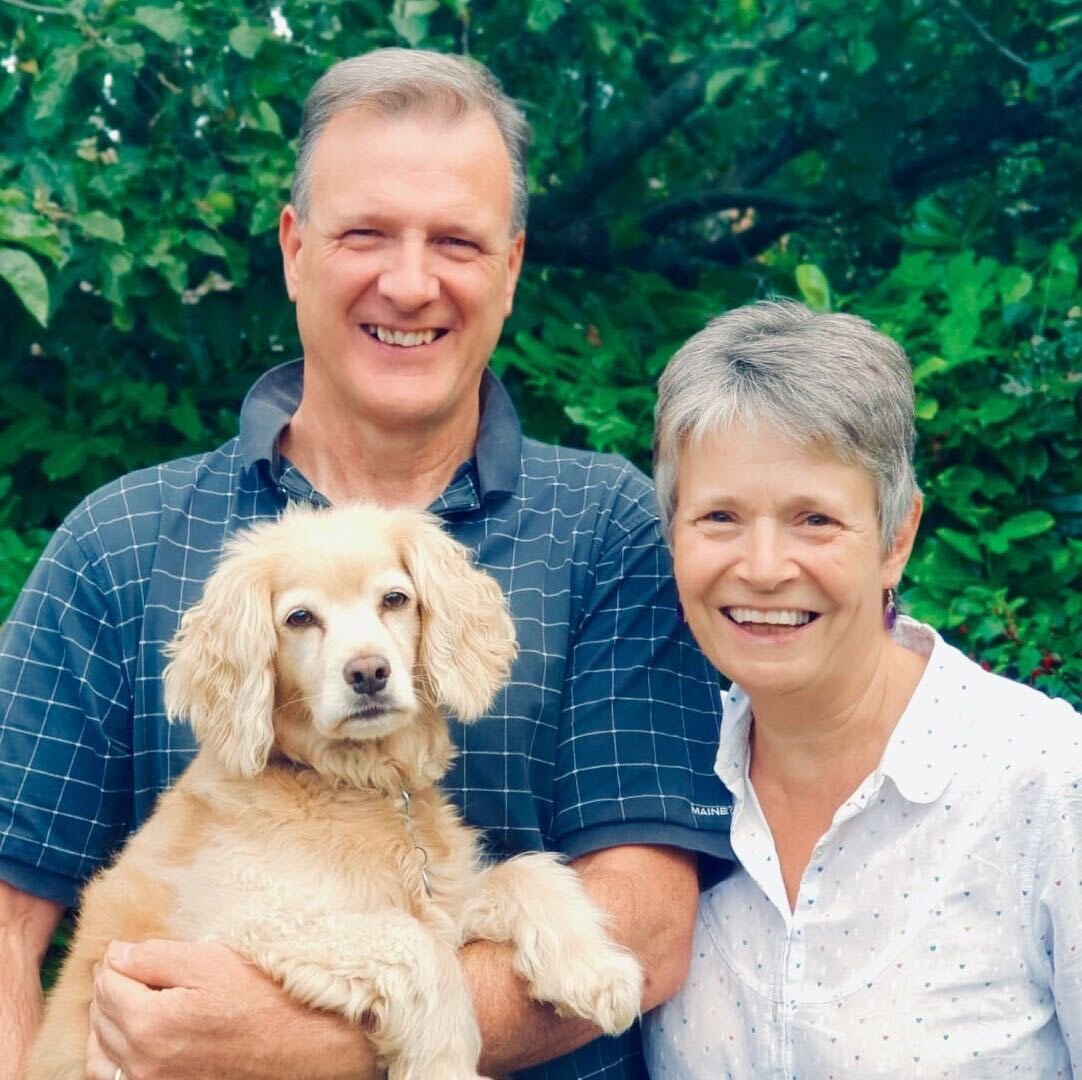 Clive and Cristina have spent most of their married life in Southwest England, where they brought up their two, now adult, children. They joined Ffald y Brenin as wardens in February of 2020, immediately facing the challenges of running a retreat centre in a COVID-19 world! It has served as an opportunity to lean deep into prayer.

Cristina is half-Spanish and loves to run when time and weather allow. She spent 15 years in church admin and also has experience in event and travel management. Clive is half Welsh and his work has included teaching, church planting and leadership, and painting and decorating – a mix of experience that has lent itself surprisingly well to the tasks and responsibilities of a retreat centre! Though a rugby player in younger years, Clive now prefers armchair sport, especially rugby and Crystal Palace FC. 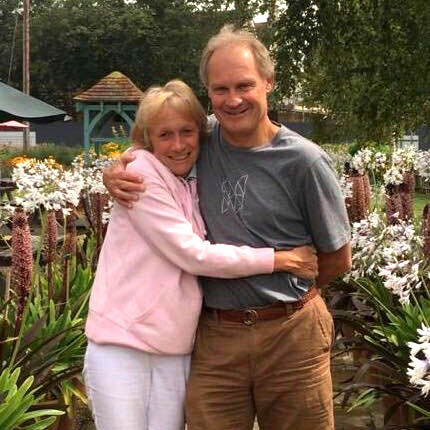 Director of Local Houses of Prayer

Anne’s passion as the director of Local Houses of Prayer (LHOP) is to cultivate the presence of God in communities and to see the kingdom breaking in power across the nations.  Anne has trained people from the UK and around the world in how to establish a Local House of Prayer, and the training resources she has developed have been translated into over 20 languages.

Anne is qualified as an engineer and worked for 18 years as a director of Cygnet. She has lived and worked in India, Malawi and Tanzania, Mozambique and Senegal.  Anne served 10 years on the main board of Tearfund and is currently on the UK board of Mission India and The Wall of Answered Prayer. She is married to David and has two sons. Anne and David attend their local church in the village where they live. 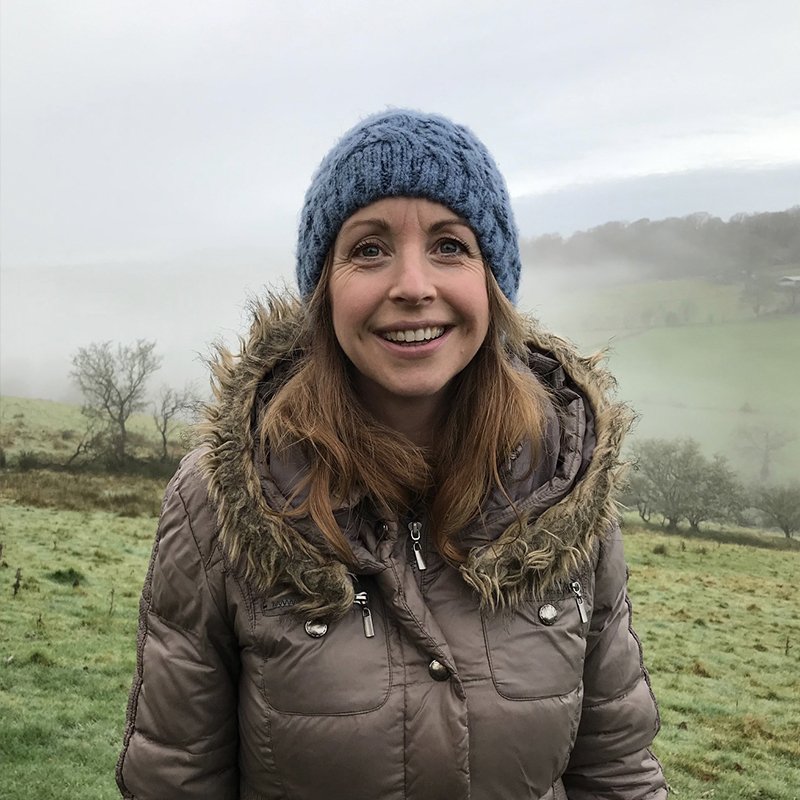 Anna is passionate about seeing the whole of Wales awakened spiritually once again, and has a particular heart for what God wants to do in and through the Welsh speaking community. This has been burning in her heart for about 20 years, and it is her conviction that what happens in Wales has significance for the nations.

Anna was part of the team based at Ffald y Brenin for almost 5 years, but in 2019 felt called to North Wales and is now based there. However the link with Ffald y Brenin has remained deep and strong, and she is looking forward to seeing how God continues to weave His story for Ffald y Brenin, Wales and the World.

Previously Anna worked in the social work field among homeless young women and also lived and worked in India for 3 years. In North Wales she works in a school part time, is part of her local community, and you’ll find her walking the hills and mountains whenever she can. 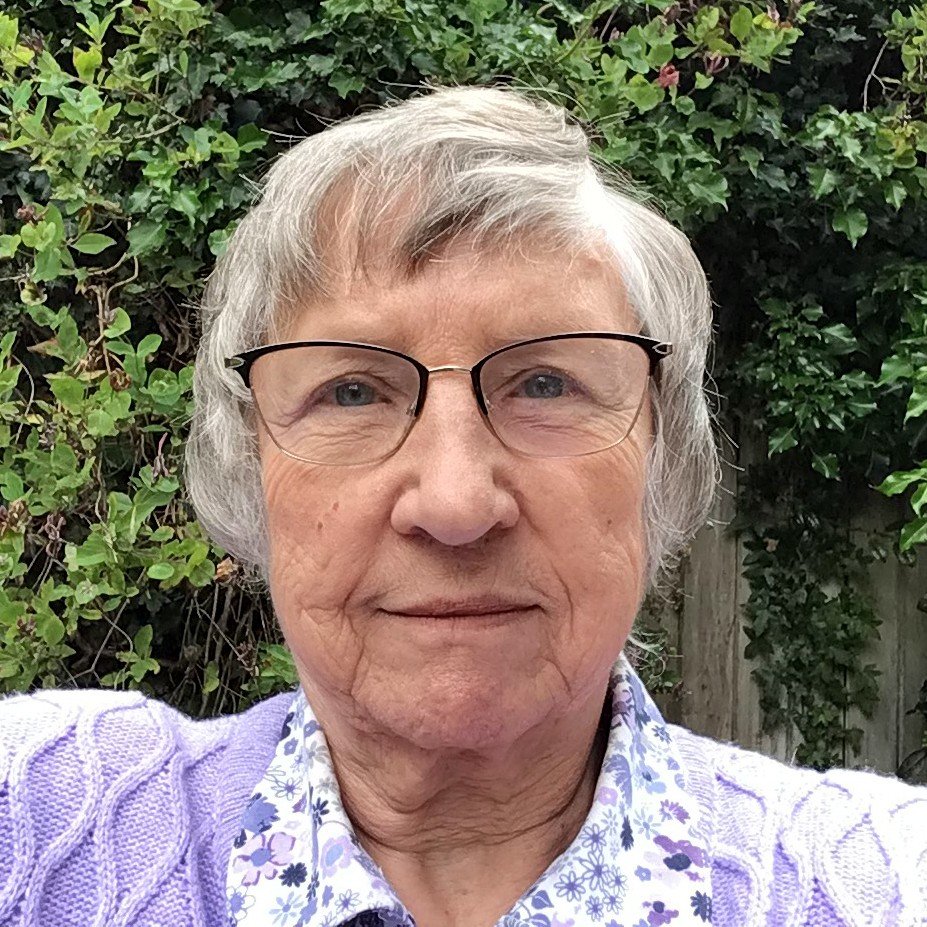 Val’s welcome to Ffald y Brenin was an extraordinary storm which raged down the valley to encompass the centre on its day of opening in May 1988. Val was there supporting the first wardens, Gordon and Audrey Moores.

In the following years of visits, of engagement with God, His people and His work, Val came to love and deeply appreciate the Sheepfold of the King. As head of a large middle school she knew a real need for times of rest and refreshment. Ffald y Brenin provided a safe spiritual place where she experienced His rest, renewal, challenge, and provision for the way ahead. Val was privileged to join the trustees in 1991 and has served as its chairperson from 1998. 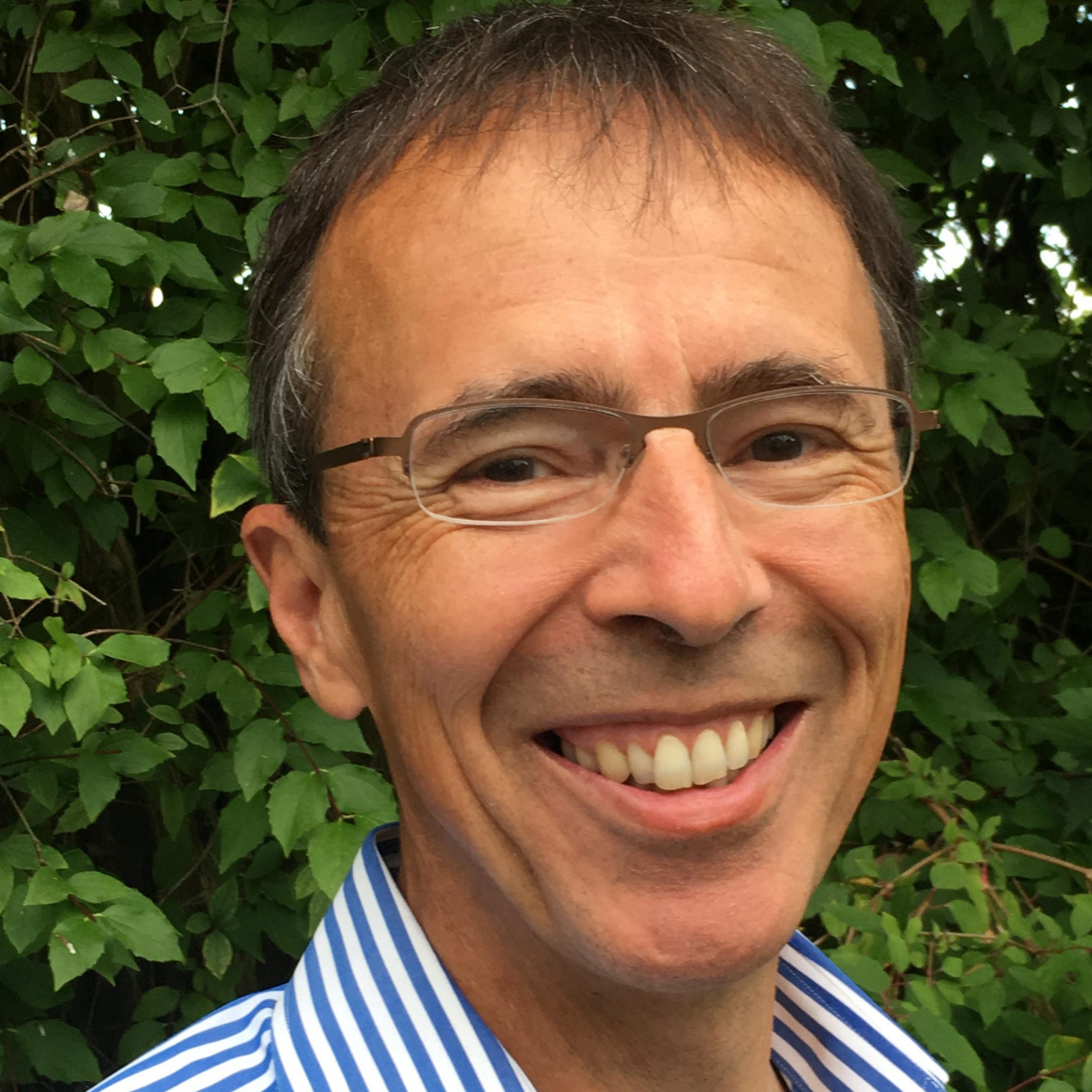 Chris’ parents, Peter and Phyllida, founded Ffald y Brenin. Chris has been deeply involved from the very beginning. For him, at its very heart, Ffald y Brenin is all about restoration of the soul. Knowing your value and your true identity results in a fresh freedom for what God plans next for you.

Chris is founder and chief executive of FSCI – the Foundation for Social Change and Inclusion – a multi-national charity that prevents human trafficking and exploitation in South East Europe. Chris used to lead the Trussell Trust and spearheaded the development of the foodbank network in the UK. Before that Chris spent twenty years in public service in a number of Chief Executive roles in the NHS and the Police. At heart Chris is a social entrepreneur who’s launched over twenty organisations. 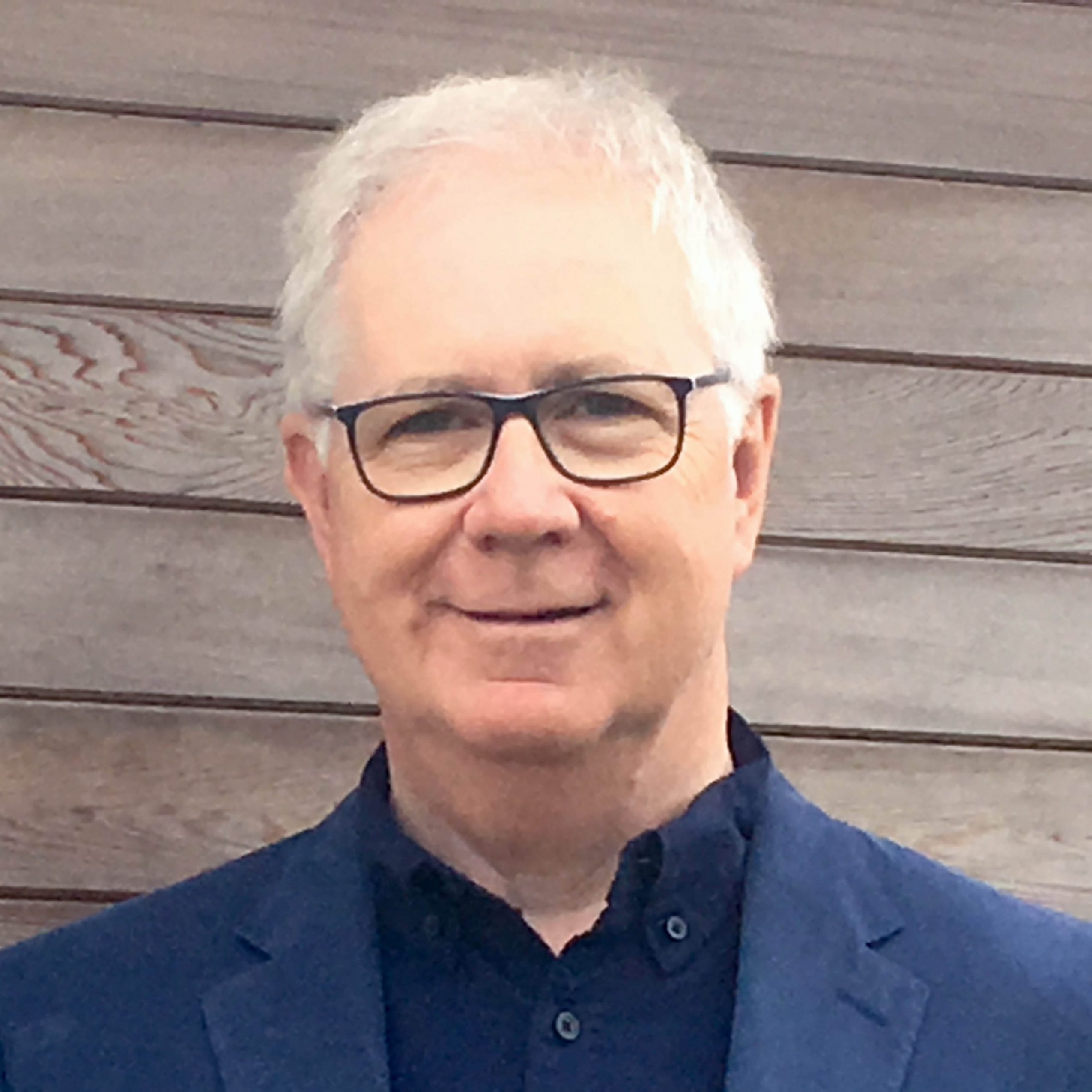 Richard is married to Norma and lives in rural Dorset (UK), where they started a church that meets in people’s homes. They have 3 adult children and 7 grandchildren. Richard is a doctor and psychotherapist by profession, but since the mid 1980s his main focus has been Christian ministry, including teaching theology and mission.

He now helps organise the Gathering in the Holy Spirit conferences in Rome and the Charismatic Leaders Fellowship (US). Christian unity is a driving force in his life and since 2012 he’s been involved with the Vatican, representing New Charismatic Churches. Richard has been coming to Ffald y Brenin for over 20 years and loves the fact that people from all denominations/streams come to stay. Celtic Christianity has had a deep impact on him and he feels privileged to serve as a trustee. 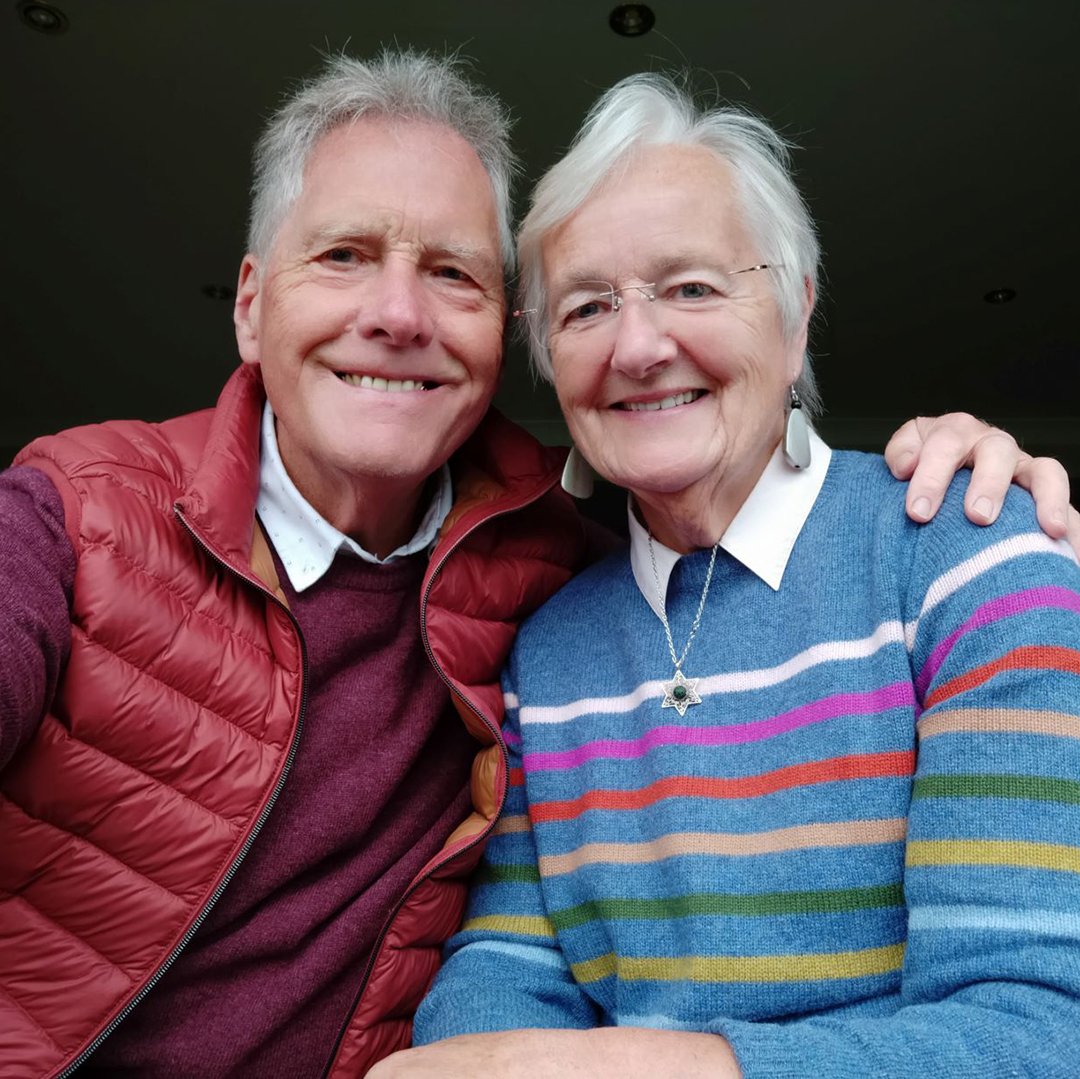 Stuart and Pru originate from Devon and have lived in Wales since they were called to ministry here in 1970. Stuart has served in the Church of Wales in Aberaeron, Llangeler, and St Michael’s in Aberystwyth. He was also a Canon of St David’s Cathedral. Now in retirement, they are involved with the Borth group of churches. They have three grown children and three lovely grandchildren.

Stuart is a fluent Welsh speaker and was a trustee in the early days of Ffald y Brenin, where he has led group retreats over the years. Pru trained as an occupational therapist, but chose to work alongside Stuart in the ministry and was also a Justice of the Peace for 22 years. She has a rich family history with Welsh origins that reaches all the way to China, which she wrote about in her book, Lives from a Black Tin Box. 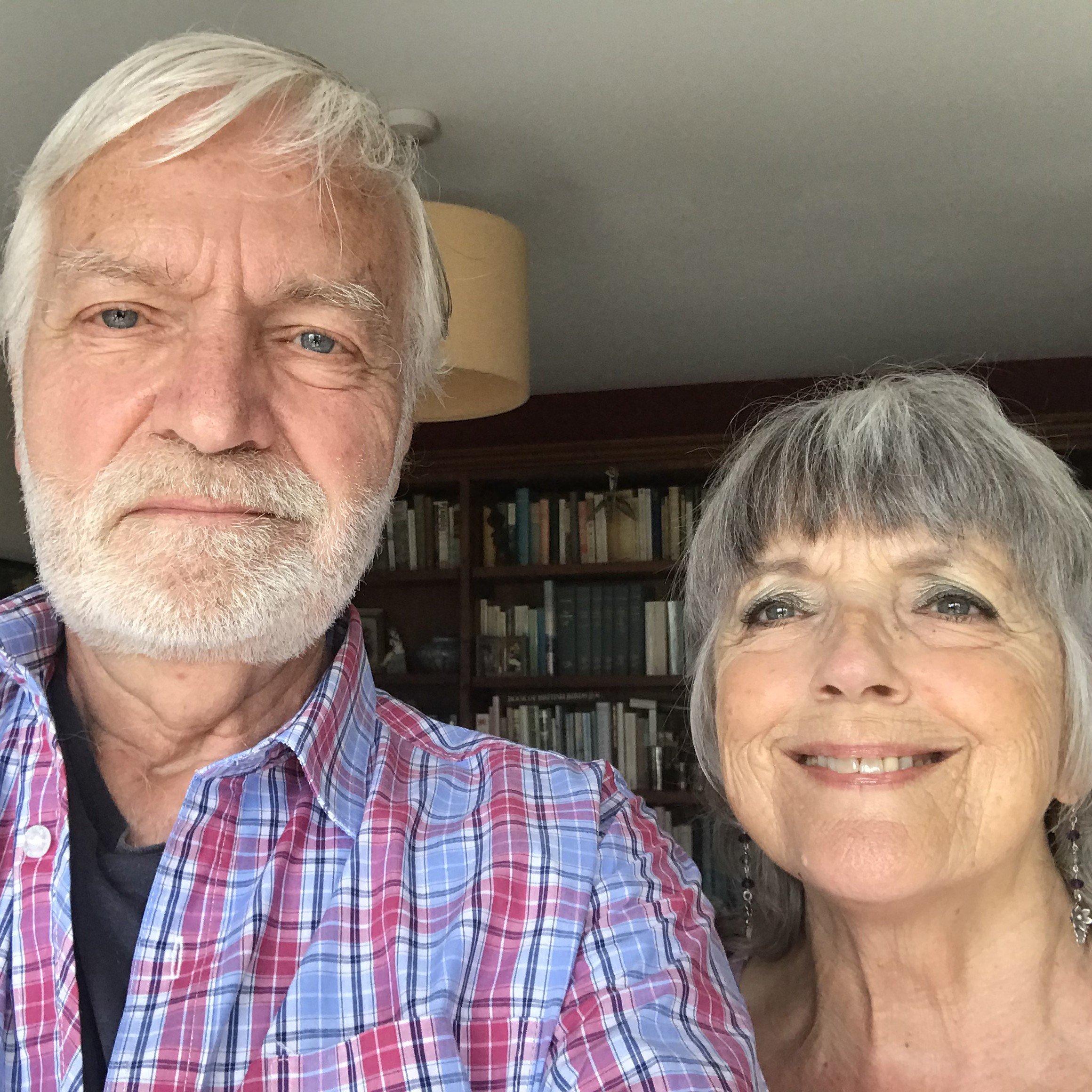 Peter and Anna have been trustees since 1997. After 25 years teaching English literature at universities in Wales and the USA, Peter left academic life to be ordained, and served in the Parish of Hubberston and Hakin before moving to Llandeilo as vicar. Now retired, he assists in his local ministry area, and also serves as a locum chaplain in the Diocese in Europe. When time allows, he enjoys fly fishing and bird watching.

Anna’s teaching career in Further Education came to an unexpected end when she was called to join Peter in parish ministry as Lay Reader, leading worship and preaching, and leading women’s and young people’s groups. She thought retirement would mean more time to relax and visit family, but Peter and Anna find themselves as busy as ever, though making time for joint interests – walking, cricket, Welsh rugby, and cryptic crosswords.

Invest in the vision

We believe that in God’s Kingdom, there is always provision for the vision. If our mission of providing rest, spiritual nourishment, and prayer resources resonates with you, please prayerfully consider making a donation or becoming a monthly supporter.

If you would like to hear about our resources, events, and other Ffald y Brenin happenings, you can sign up for updates today. We promise not to clog your inbox!

Ffald y Brenin Trust Ltd is a company limited by guarantee registered in England and Wales (Company no. 8070275 | Charity no.1148032), whose registered office is at Pontfaen, Fishguard, SA65 9UA

Copyright © The Ffald-y-Brenin Trust Limited. The site was designed and built by exibit.

Any cookies that may not be particularly necessary for the website to function and is used specifically to collect user personal data via analytics, ads, other embedded contents are termed as non-necessary cookies. It is mandatory to procure user consent prior to running these cookies on your website.